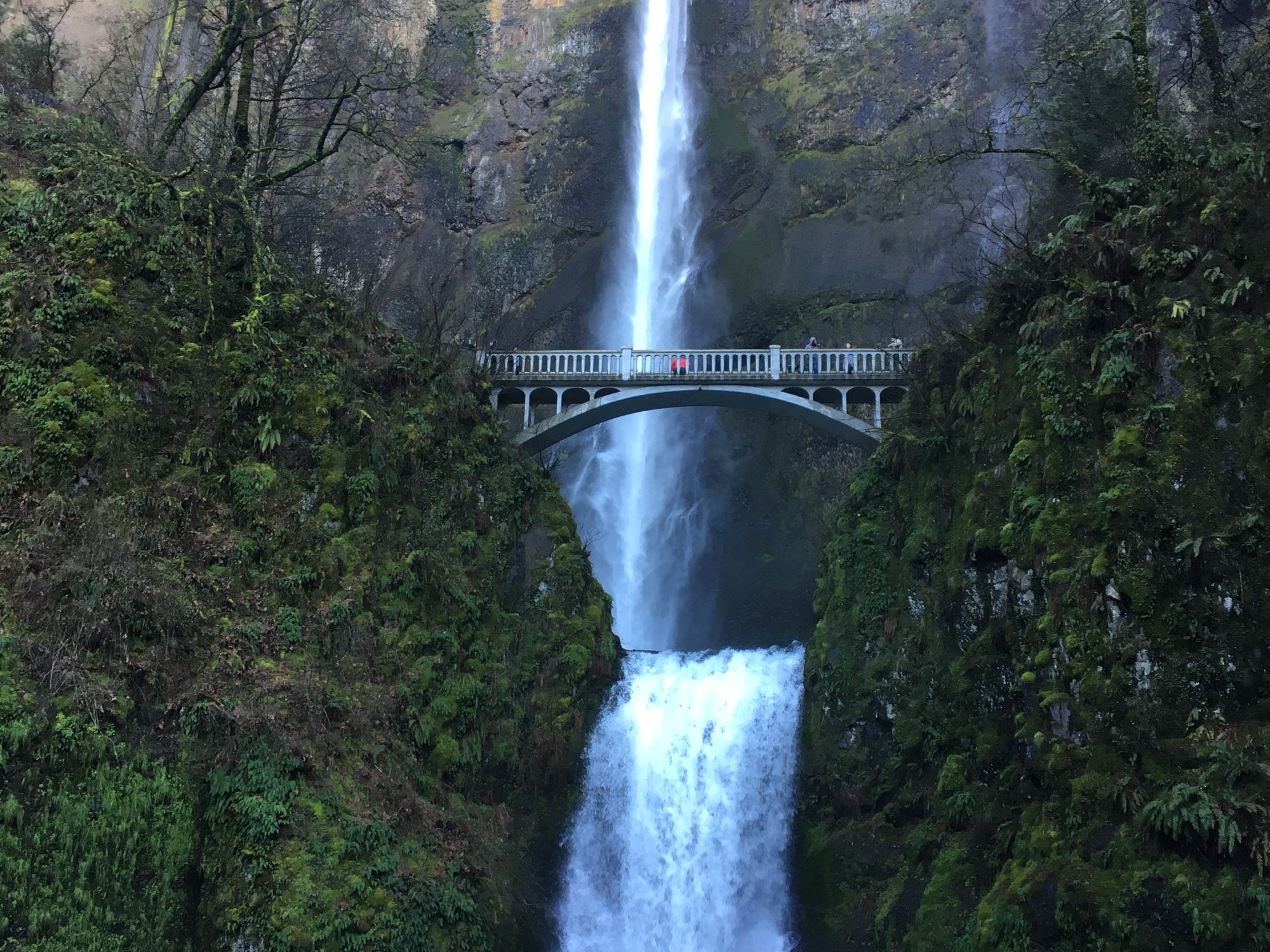 It had nothing to do with gear or footwear or the backpacking fads or philosophies of any particular era or even with getting from point A to point B. It had to do with how it felt to be in the wild. With what it was like to walk for miles with no reason other than to witness the accumulation of trees and meadows, mountains and deserts, streams and rocks, rivers and grasses, sunrises and sunsets. The experience was powerful and fundamental. It seemed to me that it had always felt like this to be a human in the wild, and as long as the wild existed it would always feel this way. ~Cheryl Strayed

I had never been to Portland, or Oregon for that matter, before this trip. In fact, I had just recently started to travel out to the Pacific Northwest for work when I decided to take an extended trip that went from Las Vegas, to Portland, to Seattle. The inspiration for this trip was a recent reading of the book Wild, by Cheryl Strayed. She hiked the Pacific Crest Trail by herself at the age of 22, and the book was her experiences on that trek. It made me fall in love with the Pacific Northwest before I had even been there, and although I didn’t hike the trail (something I do want to do at some point, just for a day) just being in the same wilderness gave me some feeling of what it was like to have that connection to nature and yourself. It’s a beautiful place. 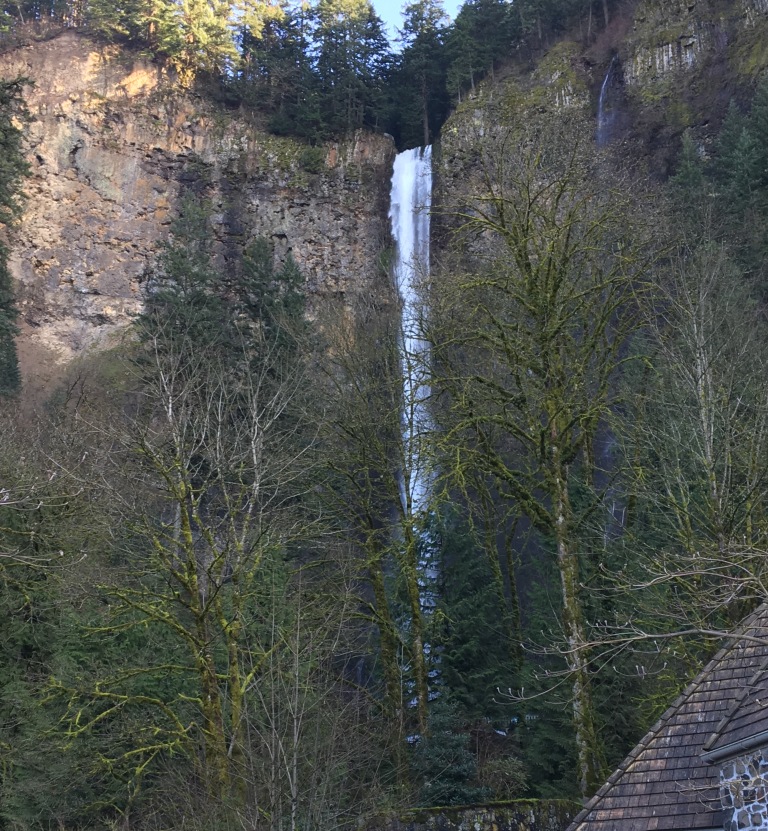 In Portland I visited and stayed with my aunt, who lives in Salem, and she took me to Multnomah Falls, because you definitely have to see waterfalls while in Oregon; it is required. It was literally the first stop we made after she picked me up at the airport, and it was spectacular. Multnomah Falls is a very famous waterfall in Portland, and you can hike up to a bridge that sits in front of the falls about halfway up the waterfall, and then continue on all the way to the top of the falls. The bridge is also famous and many people get married there. Of course I had to get a picture (my aunt did not join me for the hike). Can you see me on the bridge? 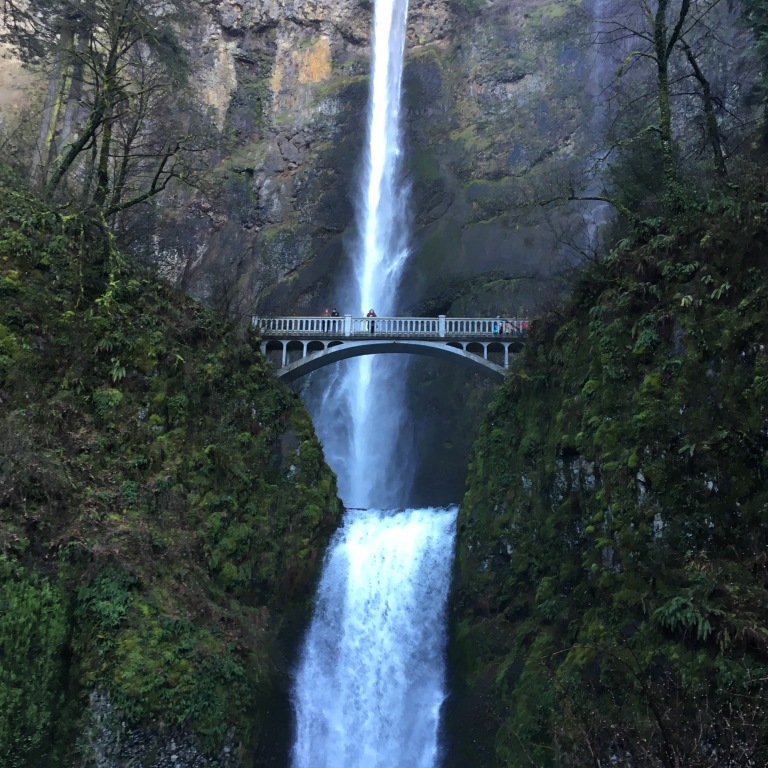 One of the most interesting things I noticed was the color of the moss and vegetation around us. All the greenery came in amazing, vivid shades of dark and bright greens. I kept commenting on the electric colors of the moss as if it was the greatest thing in the world – I’m sure my aunt thought I was nuts. But really, everything there seemed like a painting. So when you see paintings of the Pacific Northwest, they aren’t exaggerated, that is the actual color of the surroundings. 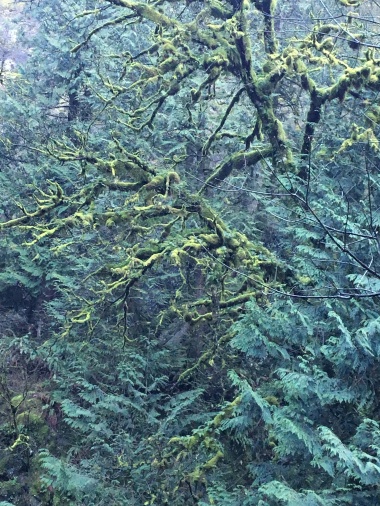 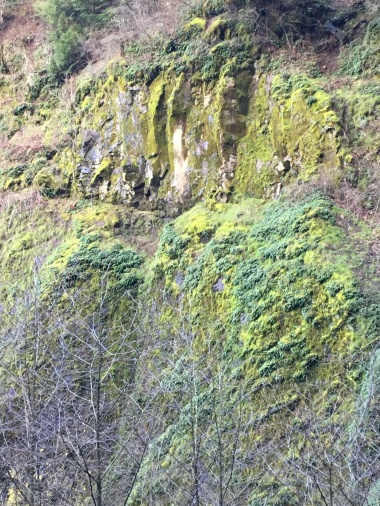 There are many other waterfalls along the Columbia River Highway, along with some fun little towns you can explore. I highly recommend planning a trip there. You could potentially spend several days doing nothing but visiting those places, and that doesn’t sound like a bad plan.

These are some good links for trails that I use to research and map out hikes.