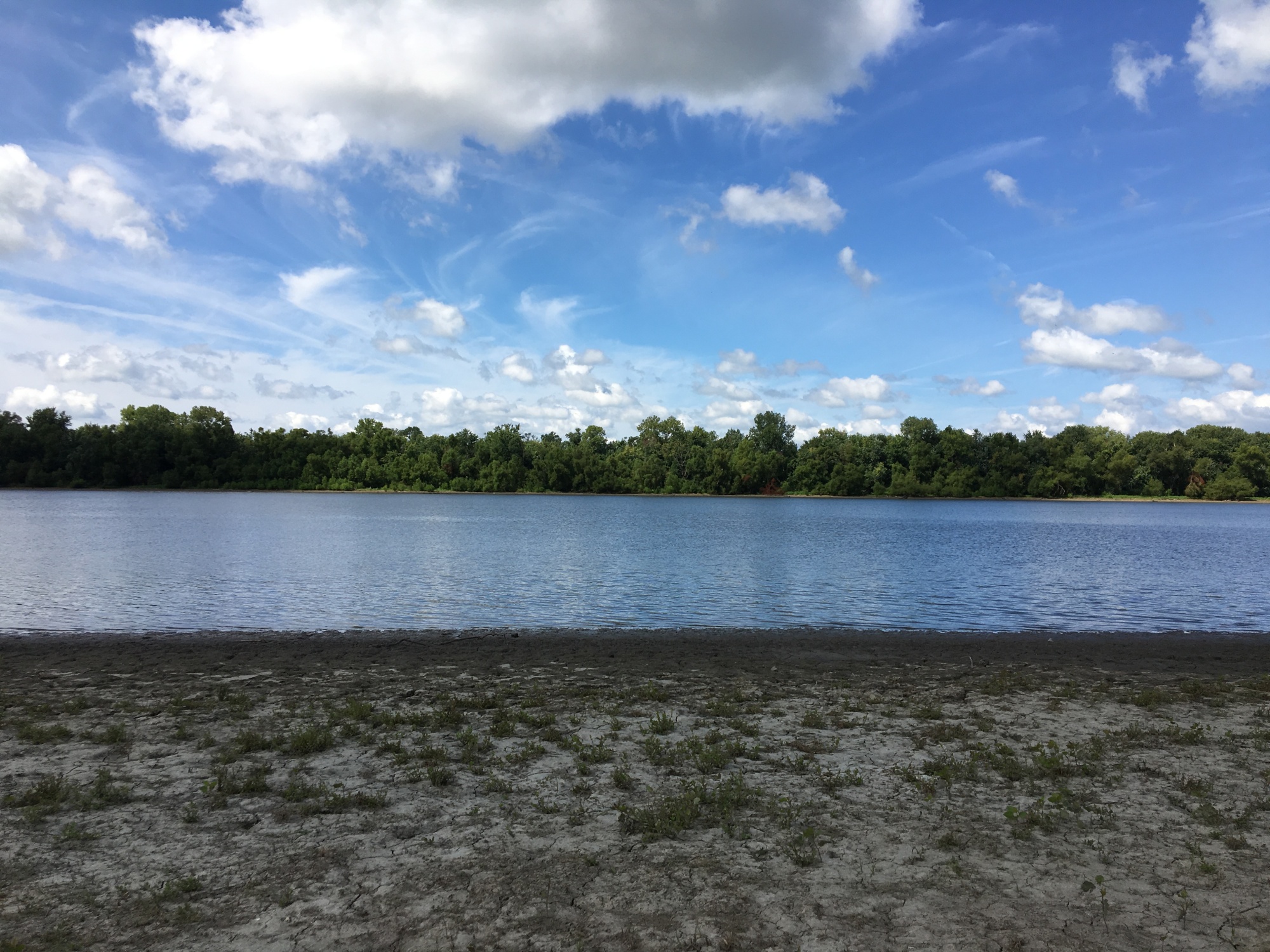 Any road followed precisely to its end leads precisely nowhere. ~Calvin and Hobbes

Even though I grew up about an hour away from Pere Marquette, I don’t remember ever visiting, although we apparently did when I was very little. What I noticed instantly after stepping from my car were the group of kids and adults fishing in a small pond in front of a cool old log house. The pup accompanied me on this adventure, and she noticed too, whining to get out and play before I even opened the door. 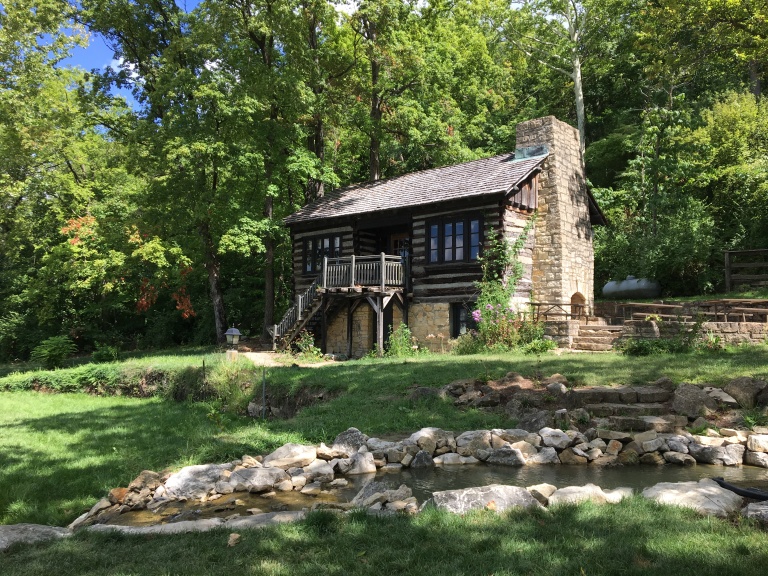 The particular trail we went on, called “Goat Cliff”, hiked up the bluff from the bottom that was level with the Great River Road that runs right outside the park. There were several obstacles along the way up the bluff. First we encountered a giant tree that had fallen completely across the path. If you’re taller than my 5’3″, you may have to find a different way around it, as my solution was to shimmy under it like a weird version of tree limbo. Then, about halfway up, we encountered a huge boulder. It actually looked like the path was completely blocked at first, but then I saw a small opening wide enough for most people. 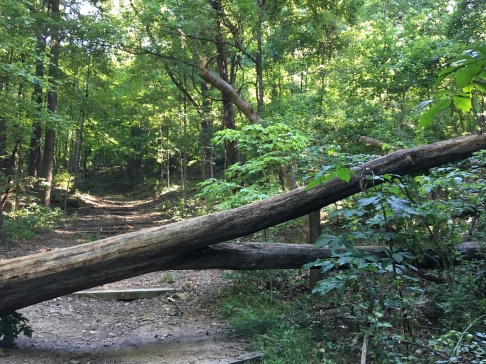 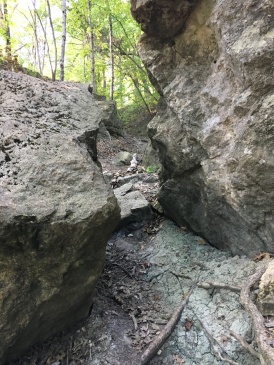 On the trail I met some really nice people, mainly ones that wanted to play with the dog, because we all know who the star of the show really is. One couple we kept encountering at different points remarked that she must be part “mountain goat”. At 12lbs, many people are amazed at how well she does hiking, but she loves it. Afterwards though, she usually spends the rest of the day sleeping. Must be nice. 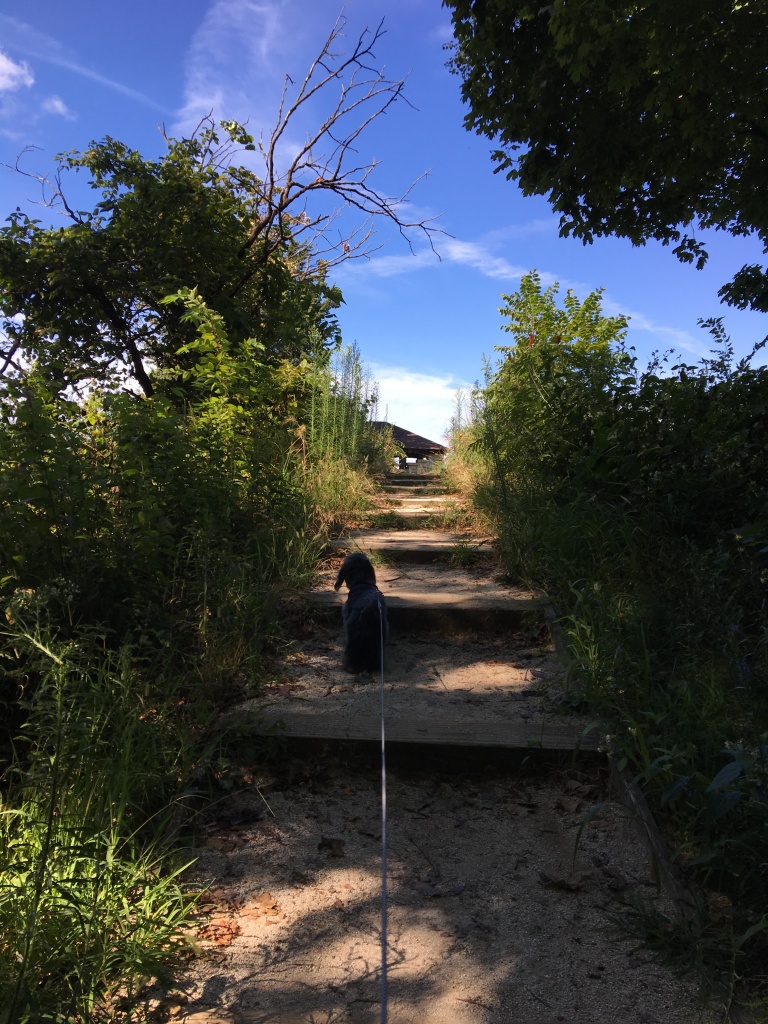 When we got to the top of the trail, there was a lookout point where you could see the Illinois River and some Missouri farmland on the other side. It was a crisp clear day with lots of clouds in the sky. Perfect for taking some great pictures (or as great as my phone can take anyway). 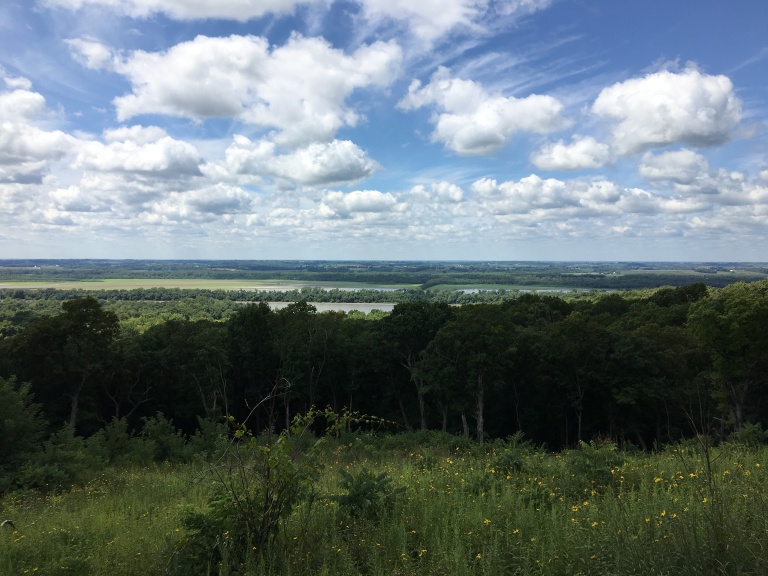 After descending back down the slopes, we walked across the road to the shoreline. There were kayaks and boats starting to appear on the river, and we took a little time to walk and sit along the shore and enjoy the sites. Be careful of the mud! I almost lost a shoe walking to far down the shoreline. 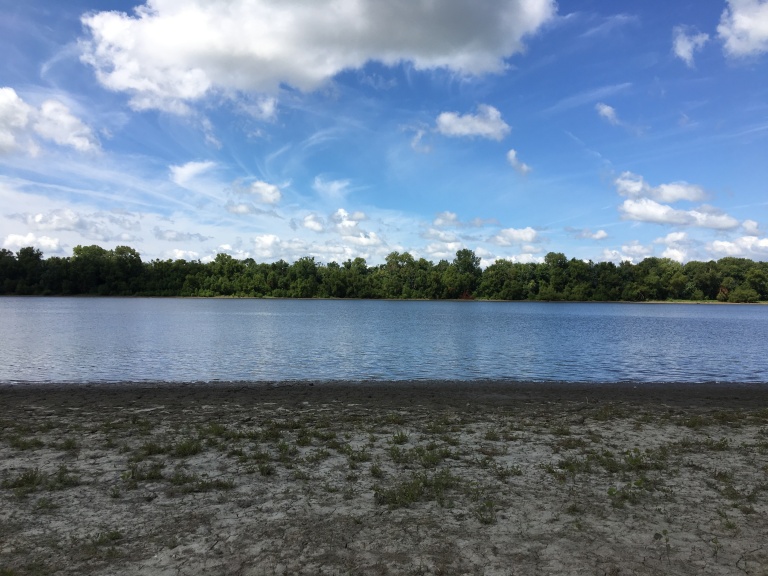 The dog also enjoyed her well-deserved rest, being very content to lay down and watch the waves as boaters passed by. It was a perfect way to spend the morning, and helped me reflect on all the changes life has thrown my way recently. I realized that the difficulty of confronting obstacles head-on, like we did on the path up, is worth it when you come to the other side and get to sit on the shoreline. 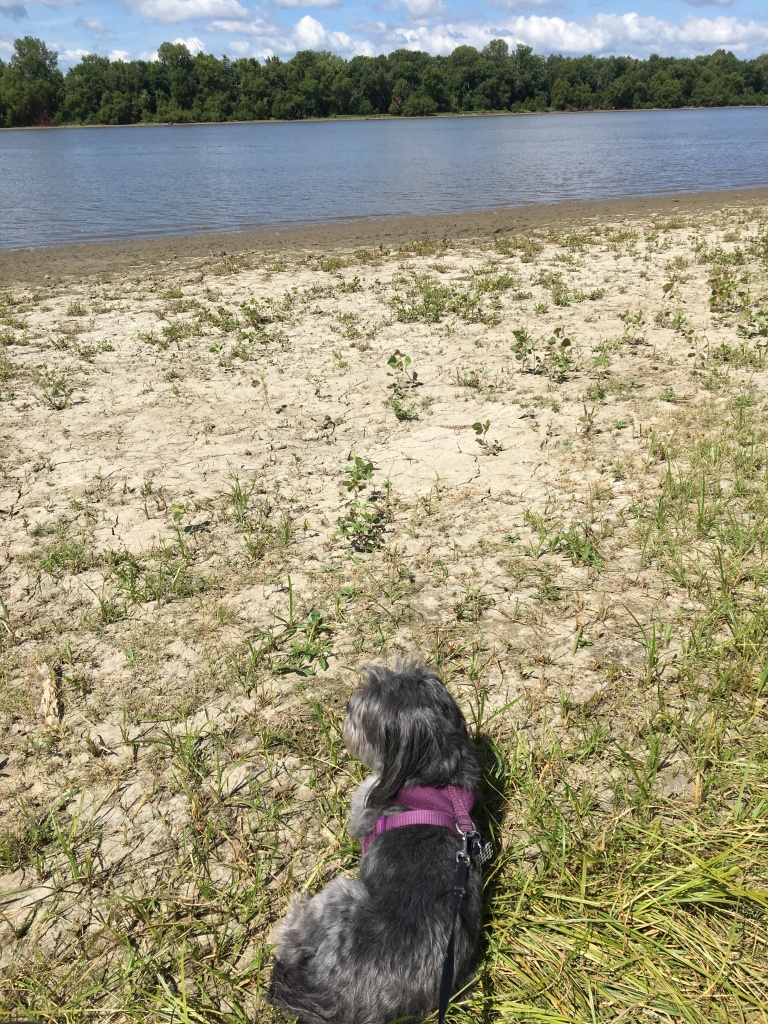 These are some good links for trails that I use to research and map out hikes.